Employers Must Meet and Confer with Union Before Providing Redacted Investigation Report. 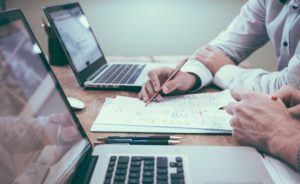 In City & County of San Francisco (2020) PERB Decision No. 2698-M, PERB held that the City & County unlawfully refused to provide the union with a timely and minimally redacted version of an investigation report for use in its representation of a bargaining unit employee in a disciplinary grievance, and for failing to meet and confer with the union over privacy concerns relating to material in the investigation report.

In response, the employer sent the union a copy of the investigation report with a total of seven pages redacted. The employer did not offer any explanation for the redactions. The union then requested a description of the redacted information and the employer’s reasoning for the redactions. The employer replied that that the redacted information was not used in the determination of the Written Reprimand and not related. Thereafter, the union requested an unredacted, “full version” of the investigation report. After having received no response to its request, the union filed an unfair practice charge.

Shortly thereafter, the employer provided the union with another copy of the investigation report with five fewer pages of redactions. The entirety of the additional summaries of witness statements section was no longer redacted. The employer stated that it provided the new version, but still with redactions, on the grounds that the redacted information pertained to another investigation that was not the subject of the employee’s discipline and that it would violate the privacy interest of another employee.

PERB noted that a union is entitled to all information that is necessary and relevant to its right to represent bargaining unit employees regarding mandatory subjects of bargaining, which includes discipline. However, an employer’s duty to provide information exists even where third party privacy rights are concerned, because a union’s unique representational functions gives it a right to arguably private information. Thus, even when a union seeks information that implicates significant privacy rights of third parties, the employer may not simply refuse to provide the information but must instead meet and negotiate in good faith to accommodate all legitimate competing interests.

PERB held that the employer was obligated to meet and confer with the union over the redactions in the investigation report, and that its failure to do so violated the MMBA. PERB also held that by refusing to provide the union with a timely and minimally redacted version of the investigation report, which was necessary and relevant for it to represent the employee in his disciplinary grievance.

What’s important here is that before an employer provides a redacted copy of an investigation report, the employer and union must meet and confer over any third-party privacy issues contained in that report. The employer cannot unilaterally redact such a report without first meeting and conferring with the union.

Additionally of significance in this case, while the employer argued that it should only have to post PERB’s Order at the employee’s work location, PERB held that the employer must post the Order on a greater, unit-wide basis. PERB noted that the purpose of the posting requirement is to prevent the recurrence of the prohibited conduct on a unit-wide basis. In this case, the association represented a unit of miscellaneous City employees. 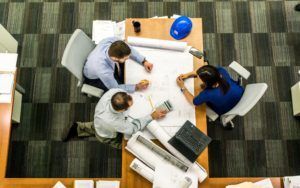 In City of Sacramento (2020) PERB Decision No. 2702-M, PERB held that the City of Sacramento interfered with employee and employee organization rights when it implemented a policy prohibiting its Maintenance Services Division employees from placing stickers, decals, or paint on their hardhats or helmets.

The Maintenance Services Division (MSD) is responsible for the City’s street-related infrastructure system. The City requires such employees to wear hardhats during any work activity that may expose them to a head injury. The City contended that it was unsafe to adorn the hardhats with any stickers, decals, or paint because these substances could damage the hardhats and hinder their inspection for signs of wear, cracks, and other deterioration. City employees were otherwise permitted to wear union pins and other insignia on their work uniforms.

The union contended that the City’s hardhat policy would infringe on employees’ rights to place union insignia on their hardhats.

However, in this case, PERB found that the employer failed to establish any safety issues that could arise from stickers being placed on hardhats or helmets. Instead, the City relied on casual inspections by the equipment operators and supervisors at the job site, which weighed against finding a safety concern that would constitute special circumstances. Thus, PERB held that the City failed to carry its burden of establishing safety-based special circumstances justifying its policy completely banning stickers, decals, and paint on MSD employees’ hardhats and helmets.