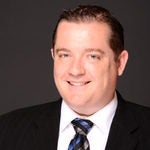 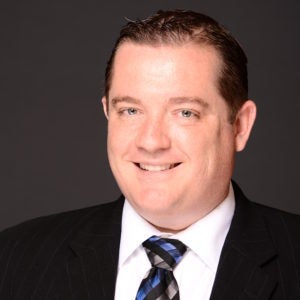 In addition to general legal advice and employee training, Mr. Travis also represents clients in legal disputes and litigation. He has prevailed on behalf of public entities in all manner of proceedings before administrative agencies, hearing officers, and courts of law. He is frequently able to resolve matters short of hearing or trial, saving clients valuable time and resources.

Mr. Travis was also selected for the “Rising Stars” list of exceptional attorneys in the Thomson Reuters “Super Lawyers” magazine each year from 2013 through 2020.

In re RG (2022) Tenured Faculty Dismissal. The Office of Administrative Hearings upheld the termination of a long-time tenured community college faculty soccer coach after 11 days of trial for permitting a sexually harassing and intimidating environment on the women's soccer team, and for failing to stop retaliation for protected activity.

In re AF (2021) Permanent Classified Dismissal. Successfully obtained arbitration award sustaining the termination of a permanent classified employee for theft, dishonesty, and failure to cooperate with an investigation. The case was based entirely on circumstantial evidence.

Somin v. Porter (2018) Successfully obtained a three-year civil harassment restraining order in favor of community college instructor against a former student who threatened to kill her in a series of messages sent on the social media site Facebook.  The decision was unanimously upheld by the Court of Appeal.  Read the full Court of Appeal opinion here.

In re EH (2020) Permanent Classified Suspension. Prevailed in a contested hearing on behalf of a community college which suspended a classified employee without pay for repeated instances of harassing and threatening conduct.

In re DB (2019) Student Expulsion Appeal. Successfully defended a school district's expulsion of a student for terroristic threats before the Los Angeles County Board of Education, despite a LACOE staff recommendation that the expulsion be overturned.

In re TM (2017) Tenured Faculty Dismissal.  Community college District sought to dismiss a long-time tenured faculty member due to dishonesty and mismanagement resulting in more than $40,000 of fraudulent requisitions. The faculty member agreed to resign before a seven-day hearing commenced.

In re PG (2017) Permanent Certificated Dismissal.  School district terminated a certificated employee of 20+ years due to falsification of District records, dishonesty, and unsatisfactory performance. Employee settled for less than nuisance value at the mandatory settlement conference before the Office of Administrative Hearings.

AFSCME Local 3112 v. Anaheim Union High School District (2015) Unfair labor practice charge filed with the Public Employment Relations Board (PERB) alleging bad faith bargaining and impasse conduct by the District on multiple grounds. The administrative law judge ruled in the District's favor on every issue and dismissed the unfair practice charge.  The decision was upheld on review by PERB. (41 PERC 80.)

In re WD (2014) Permanent Classified Employee Termination. Community college district terminated permanent classified employee for sleeping on the job and poor performance. The hearing officer rejected all of the affirmative defenses offered by the employee in upholding the District's decision to terminate.

In re RT (2012) Permanent Classified Employee Termination.  School district terminated a classified employee with more than 15 years of service for poor performance and insubordination. The District prevailed in a three-day arbitration hearing, receiving a favorable advisory arbitration award.