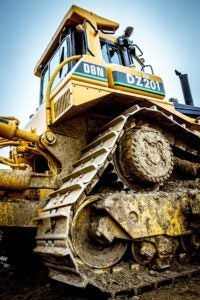 In its published decision, the Court highlighted the prior lease-leaseback based appellate decisions in Los Alamitos Unified School District v. Howard Contracting, Inc. (2014) 229 Cal App.4th 1222 (Los Alamitos),  and Davis v. Fresno Unified  School District (2015) 237 Cal App.4th 261 (Davis). Relying significantly on Los Alamitos, the Court in McGee held that Torrance was not required to obtain competitive bids prior to entering into contracts for its new facilities.

The Court however went on to conclude that plaintiff McGee should have been permitted to pursue its separate claim against Balfour on the basis that Balfour may have had an improper conflict of interest under Government Code section 1090. According to the court, such circumstances may arise when a construction firm provides pre-construction services to a school district and then enters into a non-competitively bid construction contract with such school district.

Separately, it should be noted that the State Legislature amended Education Code section 17406 effective January 1, 2016. None of those amendments however provided clarification of the issues that have been in dispute in the Los Alamitos, Davis or McGee litigation. Our office has prepared a separate Legal Alert on those amendments.