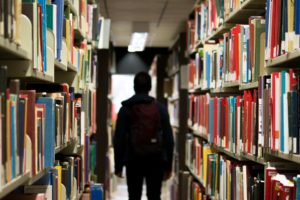 On September 22, 2017, Education Secretary Betsy DeVos announced the end of existing guidelines regarding campus sexual assault, replacing them with interim rules that allow colleges and universities to use a heightened standard of proof in sexual misconduct determinations.

The new interim rules allow for a “clear and convincing” evidentiary standard when claims of sexual misconduct are evaluated, meaning that complaints would have meet a higher burden of proof in order to be considered valid.

The previous guidelines for handling claims of campus rape and sexual misconduct required a much lower “preponderance of the evidence” standard of proof, enabling findings of misconduct where it was found to be “more likely than not” that misconduct occurred.

The interim rules can be found here. The “New Interim Guidance on Campus Sexual Misconduct” will remain in place while the department gathers input and creates new rules, which may take up to a year.

The interim guidance does not require adoption of the heightened standard. Instead, schools are given the discretion to determine whether Title IX claims should be evaluated under the existing standards or the new higher standard of proof.

Please do not hesitate contact our office if you have any questions or concerns of how these rules may impact your college or for assistance implementing the optional higher standard of proof.