The areas of lease-leaseback and design-build construction methods for schools are complicated. This blog provides a general overview of the laws surrounding each method and a guide to help your district decide which method is better suited for the work to be done.

California law generally requires school districts and other public agencies to competitively bid construction projects.  The process involves an advertisement for bids, receipt and review of bids, and then award to the lowest responsible bidder.  This process, sometimes referred to as “hard-bid” or “design-bid-build,” has resulted in many successful public works projects over many years.  Nevertheless, shortcomings identified in this process have led the State Legislature to create alternative contracting methods.  These methods have been attempts to provide greater clarity in the construction of public facilities and to address deficiencies in the hard-bid process, including design errors, cost overruns and other contract-based disputes. To address these deficiencies, the State Legislature enacted various statutes creating two primary, alternative contracting procedures for public school projects.  These two alternative methods are known commonly as lease-leaseback construction and design-build construction and are the subject of this Legal Update. 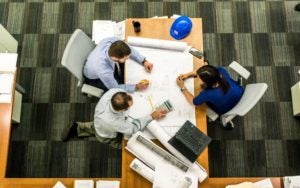 Initially, the lease-leaseback method was a fairly non-complicated process. However, legal challenges and legislative amendments have made this process more complex. For example, in Davis v. Fresno Unified School District (2015) 237 Cal.App.4th 261, the Court held that a lease-leaseback agreement must contain lease terms and a financing component to be valid.  Subsequent appellate court decisions also created doubt as to the state of lease-leaseback law (see McGee v. Balfour Beatty Construction (2016) 247 Cal.App.4th 235 and California Taxpayers' Action Network v. Taber Construction, Inc. (2017) Case No. A145078. The lease-leaseback provisions of the Education Code were amended to now require school districts to use a competitive solicitation process for lease-leaseback projects based on best value and contracts must now be awarded based upon a competitive selection process.  The selected contractor must be the firm that provides the “best value” to the school district, taking into consideration the contractor's demonstrated competence and professional qualifications necessary for the satisfactory performance of the services required. As a part of these amendments, Education Code section 17406(a)(2) now requires that the governing board of the school district “adopt and publish required procedures and guidelines for evaluating the qualifications of proposers to ensure that the best value selection process is conducted by the school district in a fair and impartial manner.”  Many of our school district clients have adopted procedures and guidelines to implement this process.

In addition to the above, contractors submitting proposals for lease-leaseback projects must be prequalified pursuant to Public Contract Code sections 20111.5 and 20111.6.  There are certain exemptions from prequalification requirements for school districts with less than 2,500 ADA or for projects less than $1,000,000.

After the identification of prequalified firms, school districts will typically issue to the qualified firms, a request for sealed proposals for the lease-leaseback project.  The contract award is then generally based upon the lump sum bid, or if the Division of State Architect (“DSA”) has not yet approved the plans and specifications for the project, the award may be based upon the proposer's fixed fee for performing the work. If the award is to be based upon the selected firm's fee, when DSA approval is obtained, the successful firm will typically provide the school district with the final guaranteed maximum price (“GMP”) along with a written rationale for the price.  The school district may then either approve or reject the final price at a public meeting before the successful firm may proceed with any further work. The sealed proposals will typically be ranked highest to lowest.  The project is to be awarded to the highest ranked proposer, or the school district may reject all proposals.

Under the lease-leaseback process, risks to a school district are typically reduced since the builder is responsible for delivering the project within the mutually agreed-upon GMP.  Factors other than price are taken into consideration during the selection process.  Potentially fewer change orders will arise under a GMP approach.  Pre-construction design review may be incorporated into the process, if the selected builder is brought on early.  The process may also allow for a collaborative, teamwork-oriented approach that increases accountability and provides the designer, builder and key subcontractors with the ability to work together prior to construction and identify best practices, appropriate products, value engineering opportunities and a better overall knowledge of the design requirements.

The process carries with it a risk of a Davis-based legal challenge although this risk is diminishing over time.  In some cases, potentially higher contract prices occur based upon the selection matrix utilized.  Change orders and extra payments may result in design or construction documents that are deficient.  Skilled workforce availability may in some cases be limited.  In addition, there may be greater legal expense in the event of a legal challenge.

In the Davis case referred to above, the court held that a lease-leaseback agreement must contain lease terms and a financing component to be valid and also held that a contractor or consultant hired to perform pre-construction services may have a disqualifying conflict of interest if the contractor is then hired to perform the work.  A future court may determine that the post-Davis legislative changes discussed above, have not entirely cured these problems. On the positive side, in September 2014, the Court of Appeal, Fourth Appellate District clarified that competitive bidding is not required for lease-leaseback (Los Alamitos Unified School District v. Howard Contracting, Inc. (2014) 229 Cal.App.4th 1222. 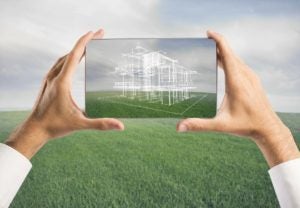 Separate from the lease-leaseback process described above, the Legislature has enacted statutes expanding the use of design-build methods by school districts. Increasingly, school districts are choosing to use a design-build method whereby a district will retain a single entity to provide architectural, engineering and construction services under a single contract.  On October 10, 2015, Governor Brown signed Assembly Bill 1358 making specific changes to former design-build methods applicable to California school district projects.  This bill's changes apply to several aspects of design-build procedures including the RFP process.  In addition, AB 1358's changes reduced the dollar value of construction projects eligible for design-build from $2.5 million dollars to $1 million dollars.  Finally, AB 1358 added certain pre-qualification procedures and standards, including the use of a questionnaire for determining the eligibility of a design-build entity.

In enacting this bill, the California Legislature declared its intent in regard to the use of design-build procedures for school district construction projects.  According to the Legislature, using a “best value” methodology may result in benefits for certain school district projects, including reduced project costs, expedited project completion, and design features that are not achievable through the traditional design-bid-build method.  See Education Code section 17250.10.  In describing its intent as set forth above, the Legislature stated that the design-build procedures, as created by AB 1358 are not intended to express a preference for the design-build method over other project procurement methodologies.

These same provisions of the Education Code provide express definitions of certain terms and requirements for design-build.  In this regard, Section 17250.15 contains certain definitions that are applicable to the design-build process for school districts. Significant definitions include “Best Value,” “Construction Subcontract,” “Design-Build,” and “Project.” The definitions can be found here.

The Legislature has also set forth a list of procedures to implement a design-build project from preparing documents and preparing responses for RFQs to issuing RFPs and negotiating or awarding bids.  A detailed overview of the process can be found under Education Code section 17250.25 here. Following the process as described above, a school district must publicly announce its award identifying the design-build entity along with a statement regarding the basis for the award.

Certain California public works construction contract requirements as set forth in the Public Contracts Code and elsewhere will also apply to a design-build construction contract.  In this regard, AB 1358 contains express references to certain of these requirements.  For example, a design-build entity must provide payment and performance bonds in amounts required by a school district, issued by an eligible surety, along with errors and omissions insurance and a performance bond as referenced above.

Additionally, all subcontractors identified in the RFP process must be included in the final contract and afforded the protections set forth in the Public Contract Code applicable to subcontractors.  The design-build entity itself must follow specific procedures for awarding and directing the work of subcontractors under the provisions of AB 1358. Similar to contracts awarded under a “hard-bid” process, a school district is entitled to hold back progress payments from the design builder in an amount not to exceed 5 percent during the construction term of the project.  Release of these retained progress payments may be accomplished under a retention bond provided by the design-build entity through an eligible surety on behalf of the school district.

Finally, under the provisions of AB 1358, the authority to engage in design-build projects is to remain in effect only until January 1, 2025 and as of that date is repealed unless a later statute takes its place. 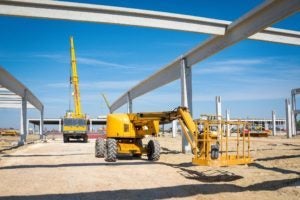 In summary, both the lease-leaseback and design-build construction delivery methods contain complex procedures and require careful up-front planning.  Nevertheless, both methods have been found to be beneficial for school districts under appropriate circumstances.  Our firm is available to provide assistance in structuring either approach as well as in the ongoing operation and interpretation of a lease-leaseback or design-build program.

Should you have any follow-up questions or comments on this information, please contact one of our offices.