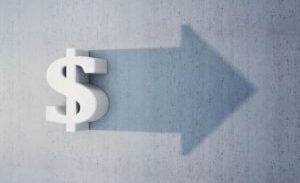 1901 First Street Owner, LLC, is the developer of a five-story apartment building within the boundaries of the Tustin Unified School District.  The City of Santa Ana calculated the square footage of the development for purposes of assessing a school impact fee.  The District disputed the City's method of calculating the assessable space and filed an administrative appeal.  Before that appeal was resolved, the City revised its calculation in the District's favor, prompting First Street to file an administrative appeal.  Eventually, a trial court found in favor of the District, and First Street appealed.

The issue on appeal became whether the “assessable space” in determining school impact fees includes interior common areas, such as interior hallways, storage rooms, mechanical rooms, fitness centers, lounges, etc.  The Court of Appeal held that it does.

First Street's calculation included only the square footage of the individual apartment units and excluded everything else in the building.  However, the District objected to First Street's calculation contending that method did not include “all of the square footage within the perimeter of a residential structure” pursuant to Government Code section 65995.

The City revised the square footage calculation based on the perimeter of the building, which resulted in an increase of approximately 70,000 square feet, increasing the school impact fee by $238,549.86.  First Street objected to the change and ultimately filed suit against the District.

The Court of Appeal found that Government Code section 65995's language directs that the calculation begins with “all of the square footage within the perimeter of a residential structure.”  After that, the court said, “All interior space is assessable. It does not matter that some interior spaces are individually owned, whereas others are common area.”  Thus, the court held that the definition of “assessable space” pursuant to Government Code section 65995 includes the perimeter of a residential structure, which includes interior common areas, not just the area within the individual apartment units.