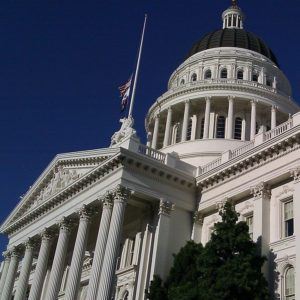 Chief Justice John Roberts, writing the majority opinion, found that the Department of Homeland Security was vested with the authority to rescind the DACA program; however, the question before the Court was whether the Department followed the proper procedure in doing so. The Court held that it had not.

In 2012, the Department of Homeland Security (DHS) announced an immigration program known as the Deferred Action for Childhood Arrivals (DACA), which is an immigration relief program that allows certain unauthorized aliens who arrived in the United States as children to apply for a two-year forbearance of removal. In 2017, following a change in Presidential administrations, the United States Attorney General advised DHS to rescind the DACA program based on his conclusion that it lacked statutory and constitutional authority. DHS's Acting Secretary then rescinded the program on that basis. The rescission was challenged by numerous parties on the grounds that, among other things, DHS had violated the Administrative Procedure Act (APA), which requires officials to explain and justify such changes in regulatory rules. The Court found that DACA was one such rule.

The APA requires agencies such as DHS to engage in “reasoned decision making” and directs that agency actions can be set aside if they are arbitrary or capricious. Upon review of an agency's action, courts only assess whether the decision was “based on a consideration of the relevant factors and whether there has been a clear error of judgment.” Such review is limited to the grounds that the agency invoked at the time it took the action. If those grounds are found inadequate, the agency can either offer a fuller explanation of its reasoning at the time of the action or “deal with the problem afresh” by taking new action.

In this case, rather than taking new action, the successor DHS Secretary simply provided additional explanation for the previous Secretary's action. The Supreme Court found that the new Secretary's reasoning bore little relationship to that of her predecessor who based the rescission on the conclusion that DACA was unlawful. The new Secretary's explanation offered three separate and independently sufficient reasons for the rescission, only the first of which was the conclusion that DACA was illegal. The other two reasons were “post hoc rationalizations,” i.e., new reasons, which are not allowed under the APA. “Each of these values [of the APA] would be markedly undermined were we to allow DHS to rely on reasons offered nine months after Duke [the previous Secretary] announced the rescission and after three different courts had identified flaws in the original explanation,” Roberts wrote.

The Court went on to find that DHS's action in rescinding DACA was arbitrary and capricious, which makes the rescission invalid. The Court found that when an agency rescinds a prior policy its reasoned analysis must consider the alternatives that are “within the ambit of the existing [policy].” But DHS's stated reasons for rescission of DACA did not address the forbearance from removal, work eligibility, and other benefits of DACA. The Court found that DACA's forbearance component was not simply within the ambit of the existing policy, it was the centerpiece of the policy. The DHS Secretary entirely failed to discuss that important aspect of DACA in her statement rescinding DACA. That omission alone, the Court said, rendered the DHS Secretary's decision arbitrary and capricious.

The Court also found that the DHS Secretary failed to address whether there was “legitimate reliance” on DACA by its recipients. When an agency changes course, as DHS did here, it must be cognizant that longstanding policies may have “engendered serious reliance interests that must be taken into account,” the Court said. The DHS Secretary should have also considered those matters but did not. That failure was also arbitrary and capricious in violation of the APA, the Court held.

We do not decide whether DACA or its rescission are sound policies. “The wisdom” of those decisions “is none of our concern.” [Citation.] We address only whether the agency complied with the procedural requirement that it provide a reasoned explanation for its action. Here the agency failed to consider the conspicuous issues of whether to retain forbearance and what if anything to do about the hardship to DACA recipients. That dual failure raises doubts about whether the agency appreciated the scope of its discretion or exercised that discretion in a reasonable manner. The appropriate recourse is therefore to remand to DHS so that it may consider the problem anew.

So, given the Court's holding, DACA remains in effect. It, however, does not prevent DHS from taking another shot at rescinding DACA. It just has to do it the right way according to the APA. Given the current political climate and a potential change in the Presidential administration, what DHS will do with DACA will remain to be seen.