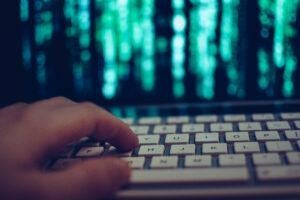 AB 992 (Stats. 2020, Ch. 89) recently amended Government Code section 54952.2 of the Ralph M. Brown Act to permit public officials to communicate on social media platforms to answer questions, provide information to the public, or to solicit information from the public regarding a matter within the legislative body's subject matter jurisdiction.

Such social media communications are now explicitly allowed with the public so long as a majority of the members of the legislative body do not use a social media platform to discuss official business among themselves.

In other words, caution is advised in responding to, commenting about, or even liking, another member's post or comment when that post involves agency-related business. Even if members of the public have commented on that post.

So, it is okay for one member to like another member's posting about personal matters, such as members of his family, without violating section 54952.2, as long as it's not about the legislative body's business.

Section 54952.2 only applies to social media communications and does not apply to other forms of communication such as texts to emails between legislative body members.

Since this is a new area for the Brown Act, issues will arise regarding its application. For example, are such social media posts and comments by legislative body members subject to disclosure under the California Public Records Act? Probably, under most circumstances.

Our office will continue to monitor developments created by section 54952.2.

Section 54952.2 became effective on January 1, 2021, and will remain in effect only until January 1, 2026, at which time it will be repealed unless otherwise amended by the Legislature.