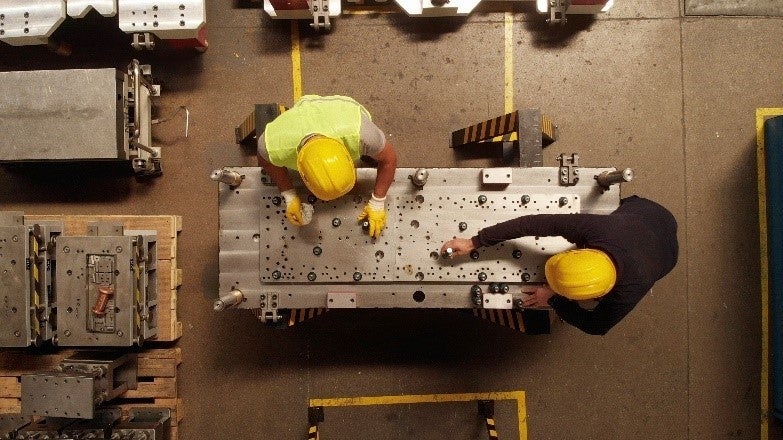 California Public Contract Code sections 20919.20 through 20919.33 provide that certain school districts may utilize job order contracts (“JOC”), an alternative and optional project delivery method, to carry out their public works projects.  Only school districts that have entered into a project labor agreement that meets the requirements of Public Contract Code section 2500 for all its public works projects that exceed a monetary threshold set by the school district through at least December 31, 2021 are eligible to use JOCs.[1]

On October 26, 2020, the California Court of Appeal, in Los Angeles Unified School District v. Torres Construction Corp. (2020) 57 Cal.App.5th 480, affirmed the validity of JOCs as enforceable contracts.[2]  This is a significant victory for school districts that have entered into project labor agreements, as Torres upholds yet another project delivery method available to them.  The discussion below explains what JOCs are, the reasoning in Torres, and the lessons for school districts that are able and wishing to use JOCs to take away from Torres.

For our purposes, JOCs are contracts between a school district that has entered into a project labor agreement, as noted above, and a licensed, bonded, and general liability insured contractor in which the contractor agrees to a fixed period, fixed unit price, and indefinite quantity contract.  Job order contracting is a flexible, cost-effective contracting method that aims to provide accelerated project delivery, reduce administrative costs, and lower direct construction costs.

JOCs – generally used for the performance of minor construction, maintenance, repair, renovation, or alteration work – are publicly advertised for competitive bidding and awarded to the lowest responsible bidder.  The advertisement for bids should contain sufficient information regarding the work or materials to enable contractors to calculate their bids and to compete on an equal basis.  The time period of the JOC should be specified in the call for bids, an estimate of the number of units that may be required should be given, and, if a certain number of units will be needed immediately, this information should also be included in the call for bids.

Unlike traditional bidding, where each project is identified, designed, and then put out to bid, JOCs establish competitively bid prices up front and eliminates the need to separately bid each project.  The time-consuming front-end process is completed one time, rather than repeated for each project.

Costs are determined by the preset unit prices contained in a construction task catalog, which becomes part of the contract documents.  Each prequalified contractor competitively bids an adjustment factor to the pre-established unit prices, so the school district is assured a competitive price for each element of a project's scope of work.  After award of the contract, specific work is authorized by issuing individual job orders on an as-needed basis.  Each job order is based on a scope of work prepared by the school district as well as a proposal from the contractor who has been awarded the JOC.

JOCs may be executed for an initial term of no more than 12 months, with the option of extending or renewing the JOC for an additional two 12-month periods if so provided in the bid documents.  The extension or renewal must be mutually agreed to by the school district and the contractor.

In Torres, the District awarded JOCs to Torres, which included lengthy general conditions, which in turn contained every key term of future job orders except their specific scope of work.  After the District issued individual job orders, using the procedures outlined in the general conditions, the contractor was required by the JOCs to participate in a joint scoping meeting, as a result of which the parties would develop a detailed scope of work.  Once the scope of work for a job order was established, the District would issue a request for job order proposal to the contractor, who was contractually required to provide a proposal that priced the work using the already agreed-upon unit pricing and the adjustment factor set forth in the JOCs.

Torres argued that the JOCs were not enforceable contracts but merely agreements to negotiate because they required that proposals be submitted after the fact.  The court disagreed, finding that the JOCs were enforceable contracts because they contained “every key term of future job orders except one:  the scope of work…for any projects which LAUSD would assign to Torres.”  The court went on to state that a scope of work was ultimately agreed to by the parties after Torres submitted and the District approved Torres' job order proposals:

The court went even further, however, holding that a contractor is bound by its job order proposal even before a job order issues.  Finally, the court held that job orders are not separate agreements but are expressly incorporated into and part of a JOC.

The Torres court made it clear that, in order to determine whether a JOC was an enforceable contract or merely an agreement to negotiate, courts should look to the terms of the JOC and at the various documents incorporated therein, such as the general conditions.  It is thus incumbent upon school districts that are able and wish to use JOCs to draft detailed general conditions that only leave the scope of work undetermined so that any future challenges by JOC contractors will fail, as Torres' did, because the JOC contract is found to be an enforceable contract and not merely an agreement to negotiate.

This article is designed for general information purposes only and should not be construed to be formal legal advice nor the formation of an attorney/client relationship.

[1] For all other school districts, rules pertaining to unit price contracting remain unchanged.