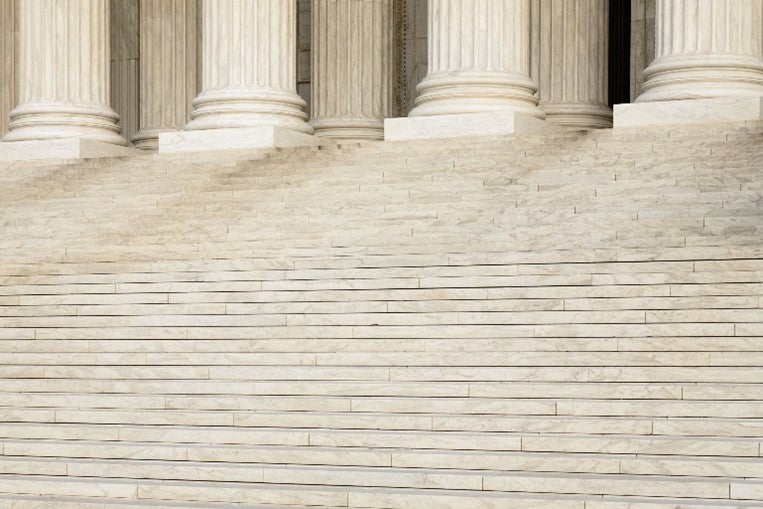 On January 25, 2022, the Ninth Circuit Court of Appeals ruled in Brown v. State of Arizona that a university is not liable under Title IX for student-on-student abuse unless it exercises substantial control over the harasser and the context in which the known harassment occurs, explaining in detail how the control-over-context requirement is and is not met.

Mackenzie Brown, having been physically abused by her former boyfriend and fellow University of Arizona student Orlando Bradford at his off-campus residence, brought a Title IX action against the University.  Title IX provides that “[n]o person in the United States shall, on the basis of sex, be excluded from participation in, be denied the benefits of, or be subjected to discrimination under any education program or activity receiving Federal financial assistance.”  After a thorough review of the applicable law, the Ninth Circuit affirmed summary judgment in favor of the University in Brown's Title IX action.

The Ninth Circuit continued that, to ensure that this direct-liability requirement is met, it is well established that a plaintiff alleging a Title IX claim arising from student-on-student harassment or assault must establish five elements:

(1) The school exercised substantial control over both the harasser and the context in which the known harassment occurred;

(2) The plaintiff suffered harassment that is so severe, pervasive, and objectively offensive that it can be said to deprive the plaintiff of access to the educational opportunities or benefits provided by the school;

(3) A school official with authority to address the alleged discrimination and to institute corrective measures on the school's behalf must have had actual knowledge of the harassment;

(4) The school must have acted with deliberate indifference to the harassment, such that the school's response to the harassment or lack thereof was clearly unreasonable in light of the known circumstances; and

(5) The school's deliberate indifference subjected the plaintiff to harassment.

At issue in Brown was whether the control-over-context requirement was met.  The Ninth Circuit opined that the control-over-context requirement was not met based on Brown's theory that the University had substantial control over the context of Bradford's prior abuse of other student victims and failed to take proper action (i.e., expelling him from the University), giving Bradford an opportunity to abuse Brown, even though the University did not have control over the context of Brown's particular abuse:  “While Brown's anger with how the University handled the reports of Bradford's abuse of other students is understandable, her argument stretches the text of Title IX and the implied private action that the Supreme Court has recognized too far….It would be unreasonable to conclude that Title IX gives educational institutions adequate notice that accepting federal education funds imposes on them liability for what happens between students off campus, unconnected to any school event or activity.”

The Ninth Circuit also explicitly rejected the dissent's theory that liability should attach because Bradford had to have University approval to live off-campus and his housing was paid for with scholarship funds that he received from the University.  The Court again noted that the control-over-context requirement arises from the limitation that Title IX addresses discrimination occurring only under an education program or activity receiving federal financial assistance:  “That a person subject to an educational institution's rules or authority engages in misconduct does not necessarily mean that his misconduct occurs under that institution's education program.  Stated another way, not everything that a person subject to a school's disciplinary control does can be attributed to the school's operations.”

Dismissing the dissent's theory of liability, the Ninth Circuit first noted that the fact that a student's off-campus housing is paid for with scholarship funds awarded by his school does not make his residence part of the school's operations:  “There is an appreciable difference between the degree of control an educational institution exercises over on-campus housing and off-campus housing, regardless of how it is paid for.”  The Court also noted that the University's ability to prevent Bradford from living off-campus was a closer question but still insufficient to establish that the University controlled Bradford's off-campus residence.  The Court cited the United States Supreme Court to emphasize that a school retains substantial control over the context in which the harassment occurs when the abuse takes place while the students are involved in school activities or otherwise under the supervision of school employees:  “Disciplinary authority over a student is not enough by itself to establish that the school controls the locations or contexts where the student is found….To be faithful to Title IX…, there must be something beyond student-focused disciplinary authority that renders the context where the challenged harassment occurred part of the school's ‘operations.'”  (Emphasis in original.)

Educational institutions should take away the following from the Brown v. State of Arizona decision:  In interpreting the control-over-context requirement, the Ninth Circuit refused to stretch the text of Title IX and the implied private right of action.  Instead, the Court emphasized that the context involved must be part of the school's operations or activities or otherwise under the supervision of school employees in order for the control-over-context requirement to be met.  Everything else falls short.

Parker & Covert LLP has extensive experience handling Title IX matters.  Should you have any questions or need assistance regarding the impact of the Ninth Circuit's decision on your educational institution, please do not hesitate to contact us via email or telephone.

This Parker & Covert LLP post is intended for informational purposes only and should not be relied upon as legal advice.  Legal issues and principles apply differently, sometimes substantially, depending on context and facts.  Review or receipt of this post does not create an attorney-client relationship.